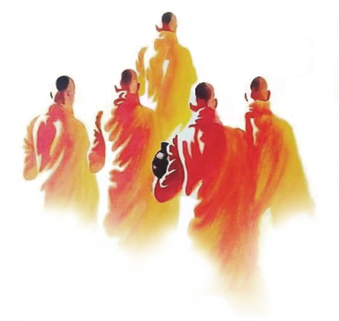 Even after over two and half millenia after Lord Buddha’s passing away, the Dhamma and the path to ultimate bliss of Nibbāna still prevail. Noble disciples who have reaped the fruits of four stages of enlightenment (Sotapanna, Sakadāgami, Anāgāmi, and Arahat) still live among us and Nibbāna is still within reach. However, years of misinterpretations and adulterations have smeared the Dhamma and even in so-called Buddhist countries, misconceptions abound on what Buddhism and Nibbāna really are. As a result, Nibbāna, the ultimate freedom has for many, until recently seemed unrealizable.

Yet, we are extremely fortunate to live in a time where noble friends (Kalyāna Mittas) who are capable of understanding and disseminating the Lord Buddha’s true teachings have started to appear among us. Through the guidance of these noble friends, the path to Nibbāna is once again within reach. Our most noble objective is to make the Dhamma, passed on by the Noble lineage (Kalana Weta) available for all beings. We believe that the Dhamma will help countless beings, irrespective of their religion, culture or beliefs, to realize Nibbāna and free themselves from all suffering. A lot of confusions on Nibbāna and Buddhism have arisen due to the differences between learning the Dhamma and comprehending the Dhamma through our own perception. A significant question is if a person could actually perceive and experience for him or herself, what was realized through learning the Dhamma. While what has been learned may be subject to change, any realization that is one’s own experience will prevail. Through the guidance of the Kalyāna Mitta, the wise will be able to see through the Dhamma, what Buddhism is all about. This Noble realization ends all bondages and heals all pains.

Over the years following Lord Buddha's passing away, the Tripitaka book containing many thousands of Noble sermons by Lord Buddha has been protected and carried forward in time by the courageous efforts of Buddhist monks. Another of our Noble objectives is to make the sacred Tripitaka book available for both Sangha (monks) and lay communities. We hope to make the Tripitaka book widely accessible before Lord Buddha’s Noble words and Dhamma get lost in the mists of time. We are committed to disseminating the Dhamma without any bias towards religion, cults, sects, beliefs or geographies. None of the above should be an obstacle towards the path to Nibbāna, and so they aren't for us. The Dhamma preached by Lord Buddha is the ultimate gift to all beings to break free from all fears and grief. The path to Nibbāna is for all who are wise. We consider it our noble duty to help those who seek it. The Dhamma is the only way for Nibbāna, the utmost bliss and liberation.

May everyone reap the utmost benefits of Dhamma and realize Nibbāna!!!